Verona is one of the most important cities of art in Italy for its artistic and archaeological riches. The tourists who visit Verona preserve memories and suggestions thanks to the splendor of the ancient architecture that permeates the city, the atmosphere of alleys and squares, but also flavors and tastes of local and traditional cuisine.

One of the most impressive monuments of Ancient Rome is undoubtedly the most famous of the city: the Arena of Verona, the third largest amphitheater in Italy, it is set in Piazza Brà and is dated between the end of the Augustus Empire and the one of Claudio’s Empire. Arena was outside the walls to host performances and struggle meetings, which took place right in the center of it. It can hold up to 15,000 people audience and the opera scenes are set up by the greatest artists in the world, so that an evening in Arena is unforgettable and can justify a dream trip to Verona. 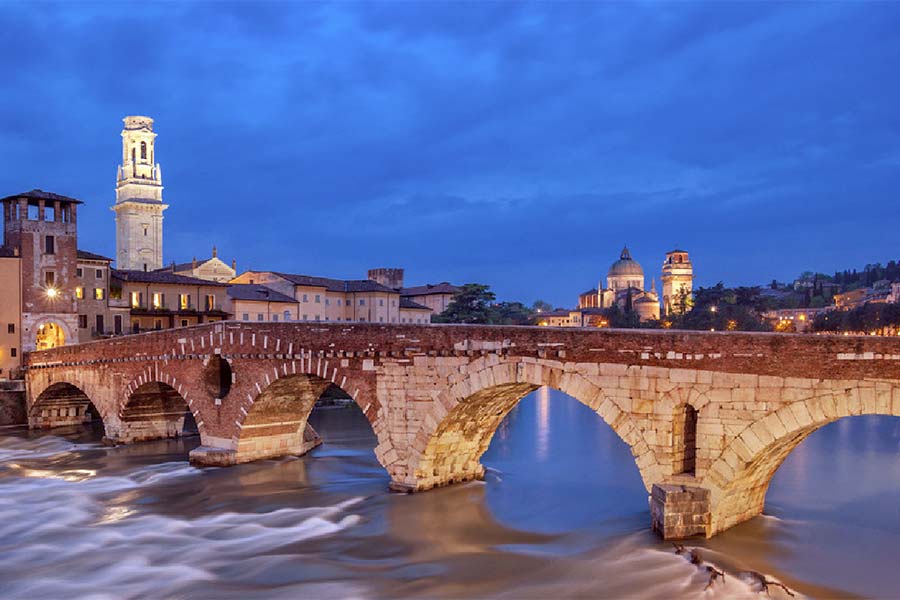 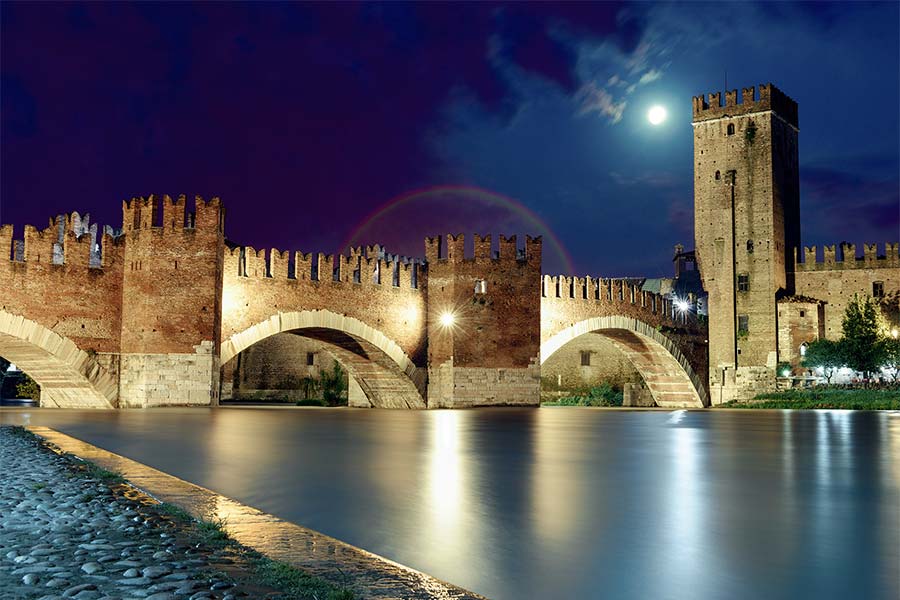